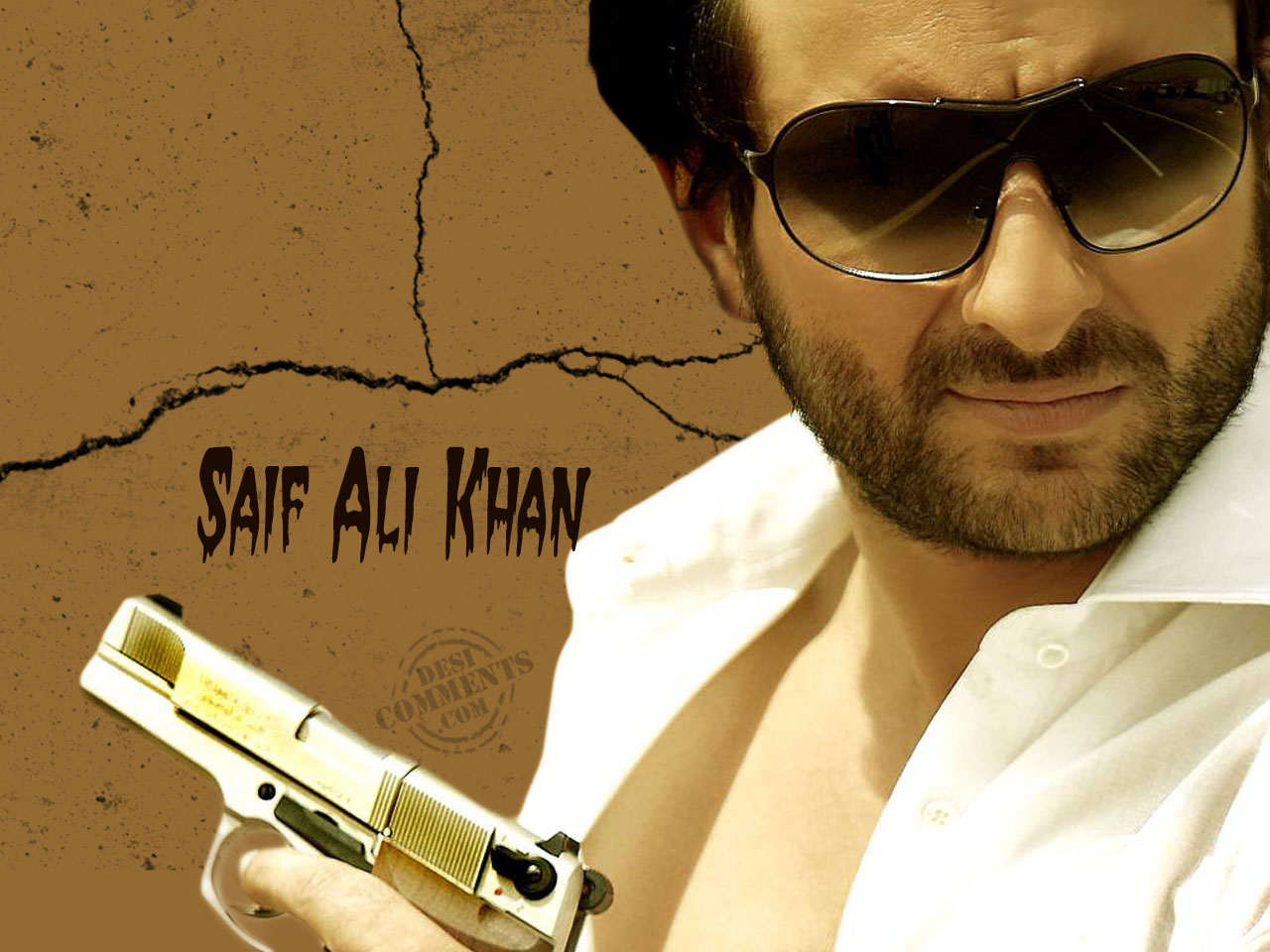 Saif Ali Khan is suddenly everywhere! Well, with his next flick  Agent Vinod release just around the corner the man should be grinning because of the coverage he is getting …that too free ka  news coverage ! But looking at his facial expressions on my screen I can’t say the man is in any mood to grin! He’s all frowns …after all what do you expect from a man who’s escaped 7 years imprisonment.

Just for a tick, think what would have happened if Saif Ali Khan did not get the bail!  The first thing that pops up in my head is – Kareena Kapoor had to wait for 7 years to get married !!

FYI if you are one of a kind – you don’t watch TV, you aren’t on FB and Twitter, you don’t read newspapers – basically if you stay in a secluded wonderland with internet connection and by sheer luck you have bumped into my post then let me tell you what the jhamela is.

Saif punched a man on his face on Tuesday night. And a  case under section 325 of the IPC  was registered against him.

The brawl took place between him and an NRI businessman  last night at Wasabi restaurant at Taj Hotel where he, Kareena and a few friends were having dinner.

Iqbal Sharma, the man whom Saif  punched was having dinner with his family at an adjoining table in the restaurant. Apparently, Iqbal complained about the noise that was coming from Saif’s table and Saif, reportedly, told him to go to a library to find peace. Well if that was not enough Saif punched the man in his face and broke his nose.

After the brawl Iqbal lodged the complaint that Saif and two of his friends assaulted him with fist blows, causing fracture to his nose bone.

Anyways after much drama Saif gets the bail!BTW he could have faced 7 years imprisonment if arrested and convicted for physical assault.

There was an ugly incident last night where my friends and the ladies with us were abused and I was assaulted.

I was hit and I defended myself. I have been to the police station to answer the requirements of law as I am a law-abiding citizen. I have also filed a complaint about what happened last night and I am confident justice will be done.

I have seen the interviews given on TV and they look like decent people and I cannot believe that the same people were so aggressive the night before and the lies that they are saying about me with such straight faces.

I think they have the CCTV footage in the restaurant that will prove everything.I hope the media is able to remain impartial while the matter is being decided. I don’t think any gentleman would have behaved differently.

This site uses Akismet to reduce spam. Learn how your comment data is processed.